RazorSQL includes a powerful SQL editor that has support for over 40 databases including the Amazon AWS Athena database. The SQL editor in RazorSQL includes features such as auto table lookup, auto column lookup, auto completion, key ahead, syntax highlighting for over 20 programming languages such as SQL, HTML, PHP, Java, JavaScript, and many more features. For a look at all of the Athena features offered by RazorSQL, see the following: RazorSQL Athena Features 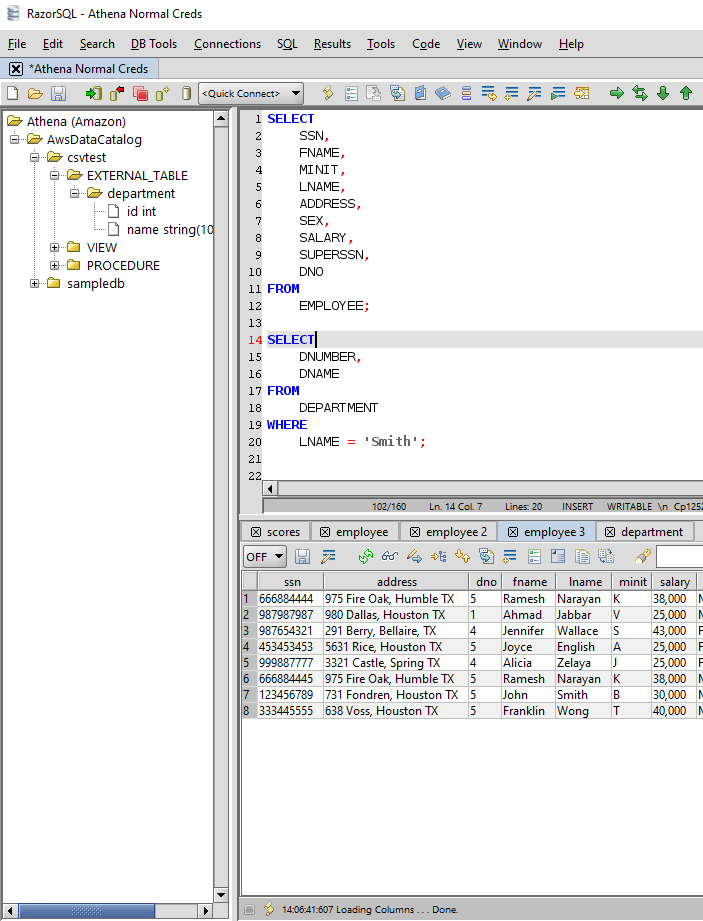