The Derby import tool prompts the user for information about the table to which the import the data, the way in which the columns match up to the imported data, and whether to perform certain operations such as wrapping columns in quotes. The import tool can then execute the import, or generate the SQL insert statements necessary to perform the import.

The Derby data import tool allows users to specify whether or not to halt on error, and whether to send any inserts to the database in batches or one statement at a time. Users can also choose to not actually update the data, but instead write the generated SQL insert statements to an output file for later execution.

For more information on the Derby import tool, see the following documentation:

RazorSQL also offers many other Derby tools such as a Derby database browser, an SQL query builder, GUI tools for managing Derby objects and structures, and much more. See the main Derby Features Page for more information. 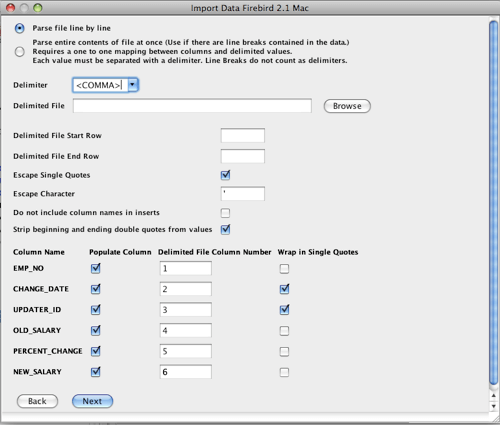